Copied to Clipboard!
BACK 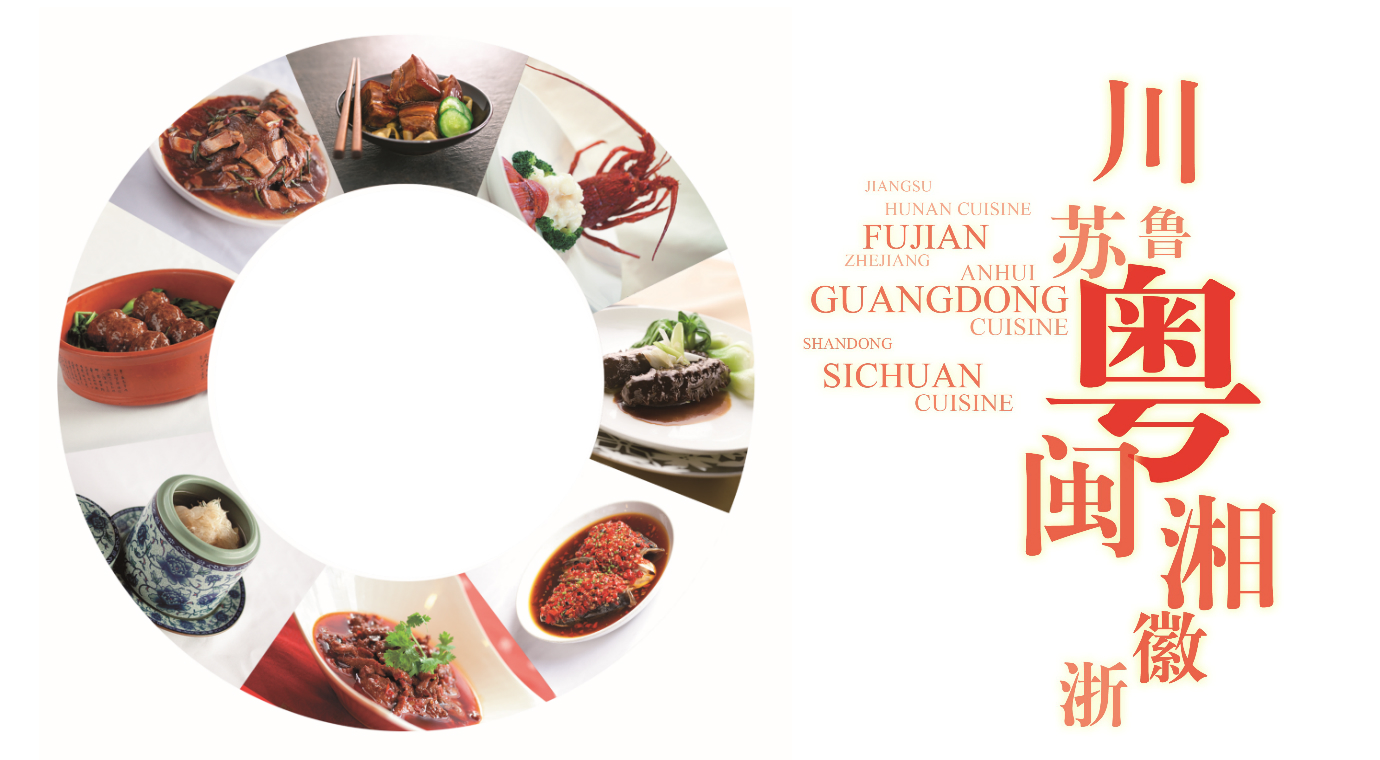 Chinese cuisine is very elaborate and sophisticated. The diversity of geographical locations, climatic and customary variations, as well as special produces, has led to the evolution of various regional cuisines with their own characteristics and cooking styles. The resulting variance has given rise to eight significant regional cuisines, including Sichuan, Hunan, Cantonese, Fujian, Jiangsu, Zhejiang, Anhui and Shandong.
The founder of Lee Kum Kee, Mr. Lee Kum Sheung created the first oyster sauce in Nanshui Village in Guangdong Province, China in 1888 and through years of hard work, Lee Kum Kee has become a world-renowned brand. Devoted to playing an active role in promoting Chinese cuisine worldwide, Lee Kum Kee is relentless in developing high-quality, innovative sauces and condiments used in various regional cuisines and to meet the changing demands and expectations of different markets around the world.

The development of Sichuan cuisine is based on the unique natural environment of the province. The profound Bashu civilization was the driving force for the development of Sichuan cuisine, which is characterized by its great variety of dishes and tastes.
‘Taste’ is the soul of Sichuan cuisine, a cuisine which is concerned greatly with the use of condiments. Sichuan cuisine distinguishes itself with its bold flavors, particularly the pungency and spiciness. The expression: ‘Three fragrances, three peppers, three seasonings, seven tastes, eight flavors and nine assortments’ describe the characters of Sichuan dishes. All these elements form the core of the flavors, and have helped create this world-renowned, regional cuisine.

This dish has been an everyday dish in Sichuan families for more than a hundred years.This dish has great contrasts in color and texture, with stir-fried mined beef in red colored vegetable oil, white bean curd, and chopped green onion. >View full recipe 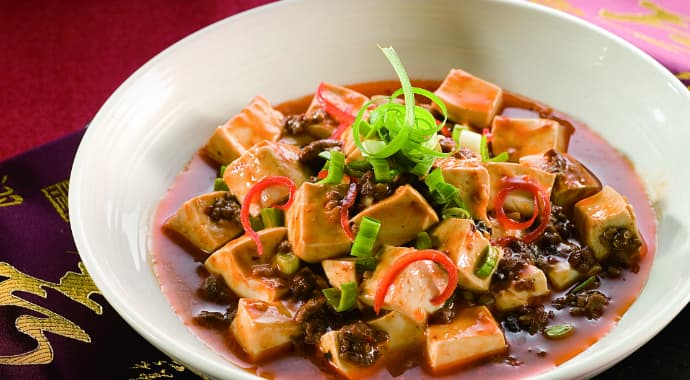 Prepared with Lee Kum Kee Seasoned Soy Sauce for Seafood, this dish is famous in both northern and southern China. People are particularly fond of the perfect match between the freshness of Fish head and the spiciness of chopped chili. Today, this dish can be found in restaurants of other cuisines. >View full recipe 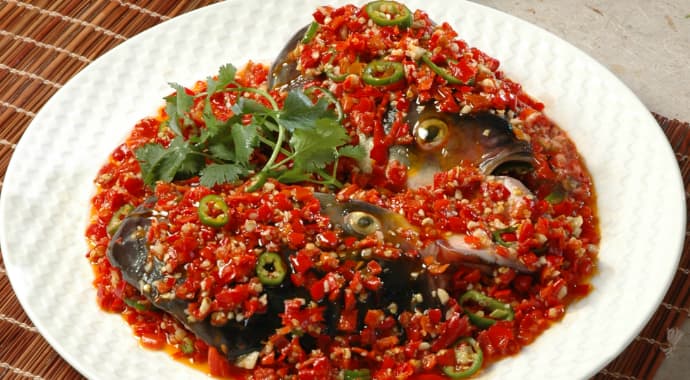 Guangdong cuisine (Cantonese cuisine) features refreshing flavors and an elegant style, along with a wide choice of ingredients and flexible cooking techniques that have been celebrated domestically and abroad as the most representative of Chinese cuisines. Guangdong cuisine exudes the original and natural taste of the ingredients, which blends into a palette of harmonious flavors with the use of superb cutting and cooking skills. Sauces and condiments used in Guangdong cuisine each come with their own character and uniqueness, whilst delivering high degrees of versatility, wide ranges of applications, and dynamic sauce concoctions. Oyster Sauce, in particular, has playedsignificant role in encompassing the essence of Guangdong cuisine in the last century. Its uniqueness in taste, aroma, texture and color enables chefs to apply it to a multitude of Cantonese dishes, including many classic ones. 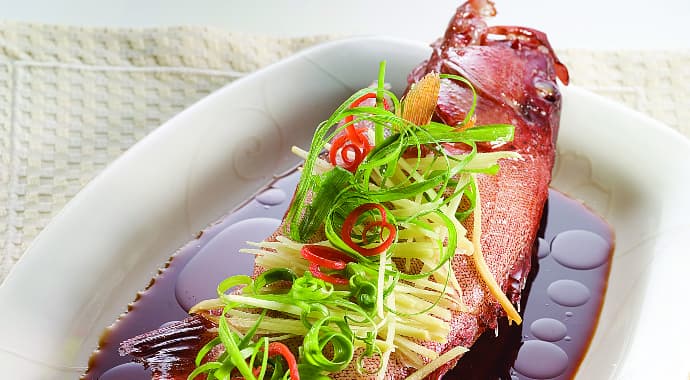 Fujian cuisine is a combination of Fuzhou, Quanzhou and Xiamen cuisines that is characterized by soups and dishes rich in sauces, with simmering and stewing the most outstanding cooking methods. There is abundant seafood bred in the vast waters of Fujian province, and delicacies produced on the slopes of its mountains. These ingredients are all blended into a mouth-watering soup which distinguishes Fujian cuisine from others. The pursuit of the ingredients’ natural flavor has resulted in the light use of seasonings in Fujian cuisine and the use of red and white distiller’s grain also gives the cuisine a unique flavor.

Buddha Jumps over the Wall 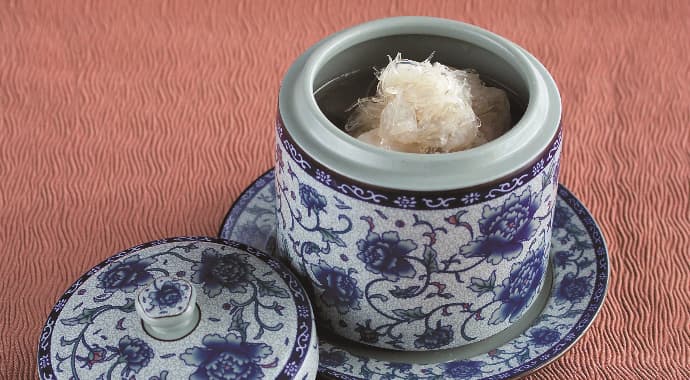 The Chinese word ‘xian’ (fresh) is made up of the two characters for fish and sheep, and comes from the concept of ‘putting mutton in a fish belly.’ This saying describes the light and mild taste of Jiangsu cuisine which suits the palates of food lovers in both the North and the South of China. The abundant food resources in this ‘land of fish and rice’ at the crossroads of China, and the center of scholarly tradition of the Jiangnan region, have given rise to the pursuit of the original flavor of food, the fusion of taste and complex preparation techniques in Jiangsu Cuisine. The emphasis on both the flavor and the appearance of the dishes has given Jiangsu Cuisine an important position at state banquets today. 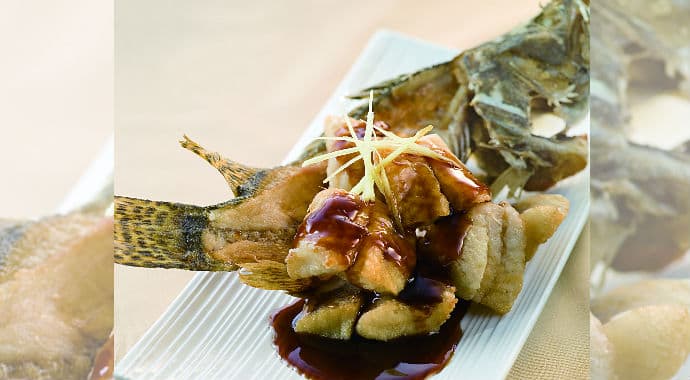 Fresh fish from the region’s rivers and lakes is the main ingredient of Zhejiang dishes. Accompanied by seasonal fruits and vegetables from the fertile farmlands, Zhejiang cuisine is as fresh and delicate as blossomed jasmine. The Beijing-Hangzhou Grand Canal which runs both north and south has brought the culinary skills from the north to Zhejiang Cuisine, and accounted for Zhejiang cuisine’s characteristic of ‘southern ingredients cooked the northern way.’ The prosperity of ancient Jiangnan has injected a unique culture into Zhejiang cuisine and provided a flavorful essence to the Zhejiang dishes, allowing the cuisine toincorporate the merits of other regional cuisines by combining their culinary and aesthetic aspects. 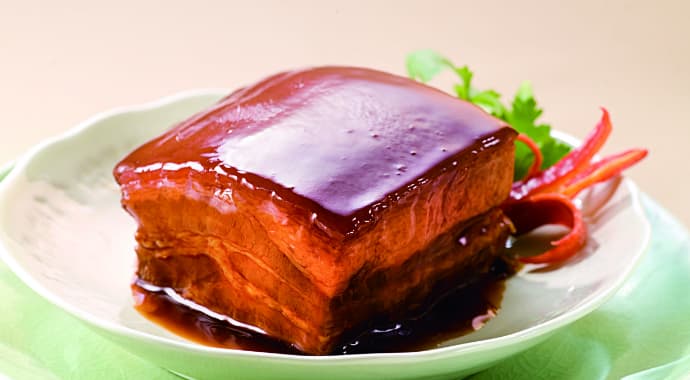 The tradition of ‘healing and dining are one, and medicine and food are of equal importance’ is well demonstrated by the culinary methods, selection, and mixture of ingredients in Anhui cuisine. The cuisine uses different kinds of delicacies based on freshness and tenderness, which are flavored by ingredients such as ham, soup and rock sugar. Situated in famous tea producing areas, Anhui people have fallen in love with tea all year round. Anhui cuisine also pay particular attention to the timing for adding oil and controlling the heat to keep theoriginal flavors of the ingredients. Anhui cuisine is best known for its simple and elegant style of stewing and braising the food. 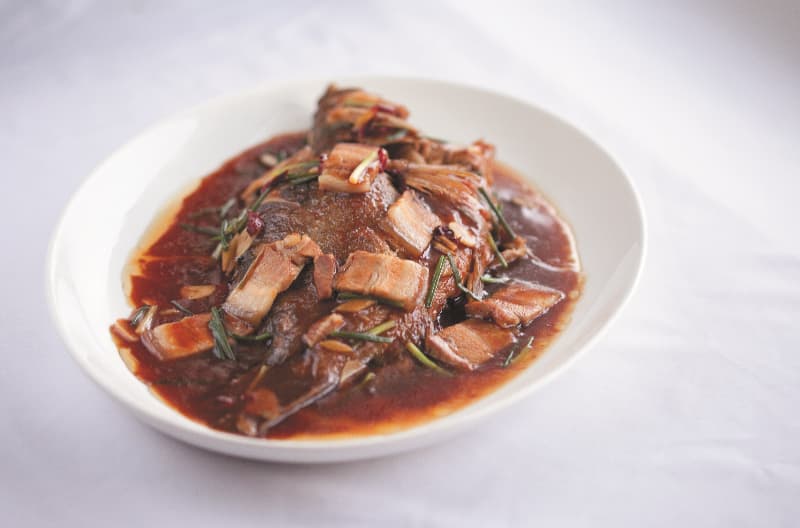 Shandong cuisine evolved mainly from Jinan and Jiaodong cuisines. The availability of abundant food supplies in Shandong has given birth to the Shandong cuisine style of ’one flavor for each dish.’ Common Shandong cuisines and soups are made with fresh vegetables and seafood, delivering a unique fragrance, freshness and taste.
As the first regional cuisine in China, Shandong cuisine is superb in using ingredients in pursuit of natural harmony. Seafood, pork and vegetables are used as the main ingredients, characterized by quick stir-frying in high heat, with sautéing, stir-frying, deep-frying, broiling, blanching, pot cooking, etc. as the commonly used cooking methods, so as to preserve the quality and nutrition of the ingredients. Shandong cuisine has long represented the cuisine of northern China andwas an essential component of any imperial banquet as it wasfavored by the health-conscious imperial families in Ming and Qing Dynasties. 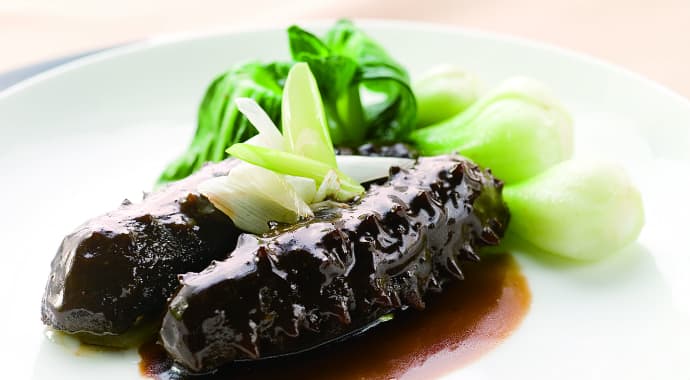